The works involve grouting the majority of vacant land south of Caldarvan Street and require the removal of a number of trees.

The works have been carried out by Robertson Civil Engineering and are expected to be completed in Spring 2022. This will prepare the site for the future house building and the new Parks and Open Spaces project that will begin in spring 2022.

The majority of vacant land between Caldarvan Street and Denham Street will be fenced off to facilitate the advance works. The Play Park at Dartford Street will also close, with an alternative temporary amenity provided in the vacant sites along Ellesmere Street.

The site map below shows the extent of road closures and compound location for these works. The site map can also be downloaded as a PDF at the bottom fo this page. 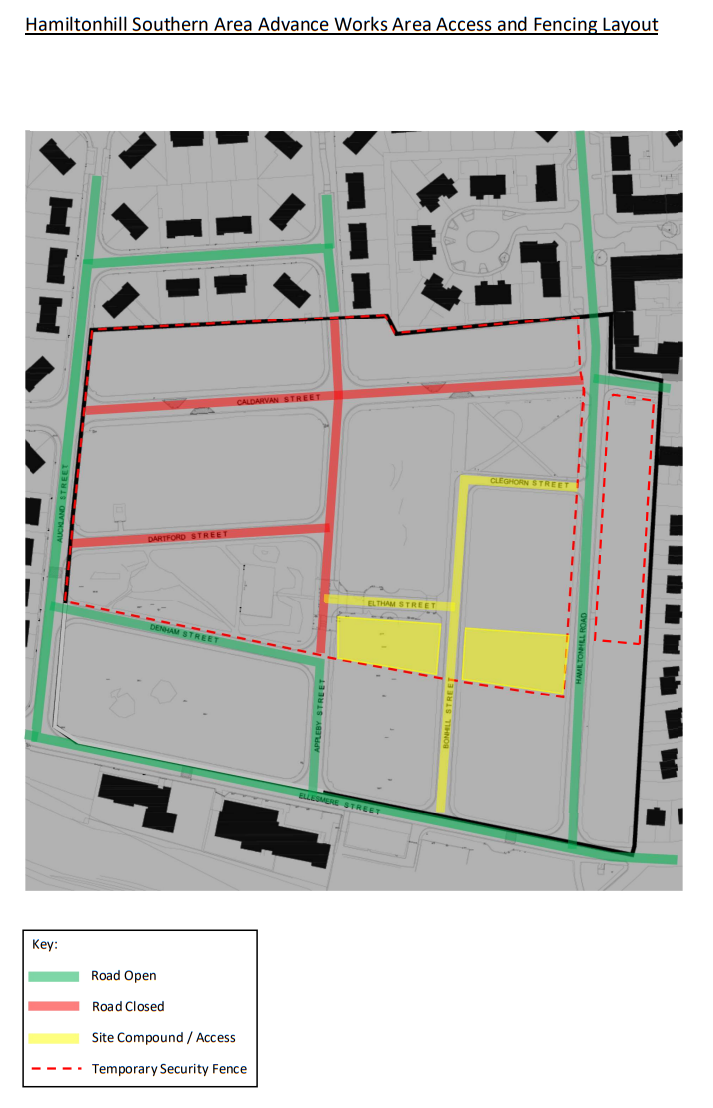 The South Area Advance Works may create a level of disruption for local residents, but we will endeavour to keep this to a minimum.

In November 2020 we completed the advance works in North Hamiltonhill.  These works covered the area bounded by Bardowie Street, Carbeth Street, Stonyhurst Street and Hobart Street, which was previously unsightly and overgrown. It also included the old primary schools site as well as the former site of the Westercommon primary school.

The works were required to clear the site and stabilise old mine workings by filling them with cement grout and prepare the ground for future house building. 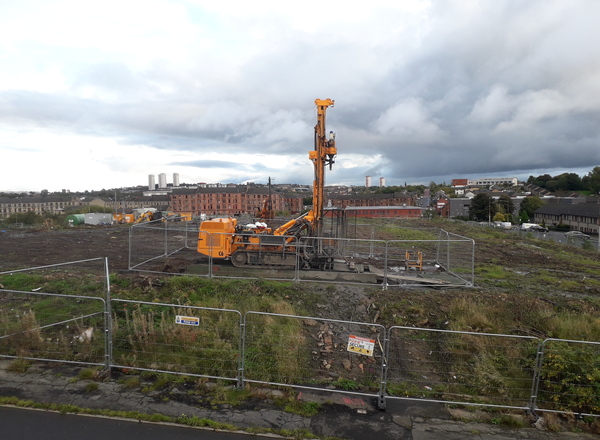 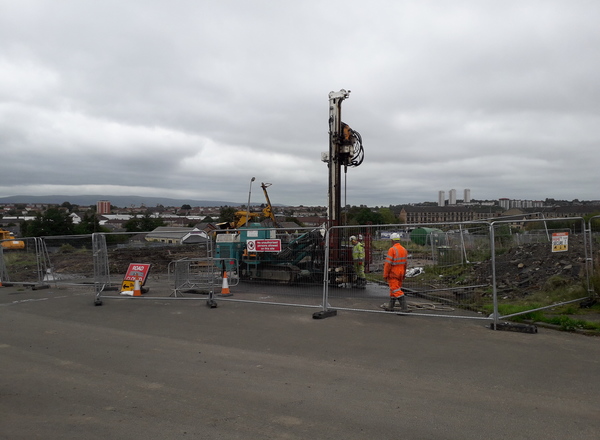 As part of the Canal Action Plan, all new housing developments in the area need to use the canal as part of a sustainable drainage system (SuDS) to take all the rainwater run-off from new roads and roofs.  The canal has been re-designed to allow this and the new system will ensure the existing sewer system can continue to cope and not cause flooding in the city.

For Hamiltonhill, this has meant providing a new drainage basin in the Claypits area with links from the new housing developments to take rainwater to the Canal.  The drainage system has been designed to meet the requirements of Scottish Water, who will maintain the system once in use.  The work has been carried out as part of the Claypits improvement works and the basin has been formed to create a wetland area as part of the local nature reserve. 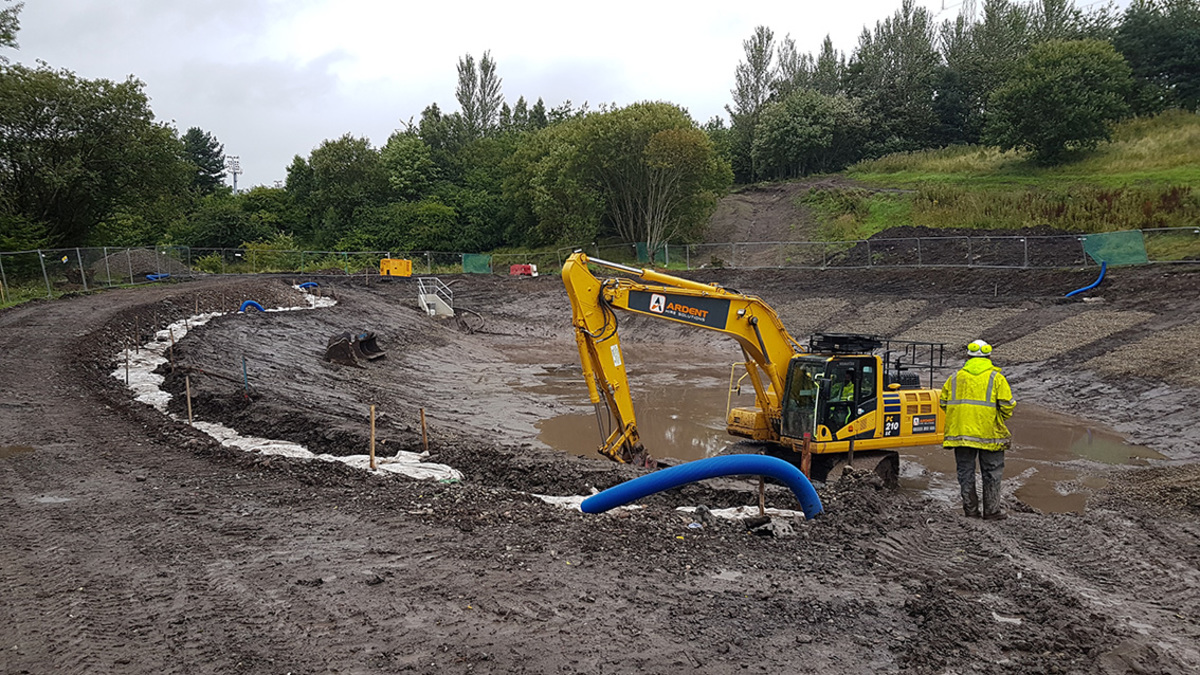 You can see more information here on the Canal improvements from Scottish Canals.

↵ Back to Hamiltonhill Development